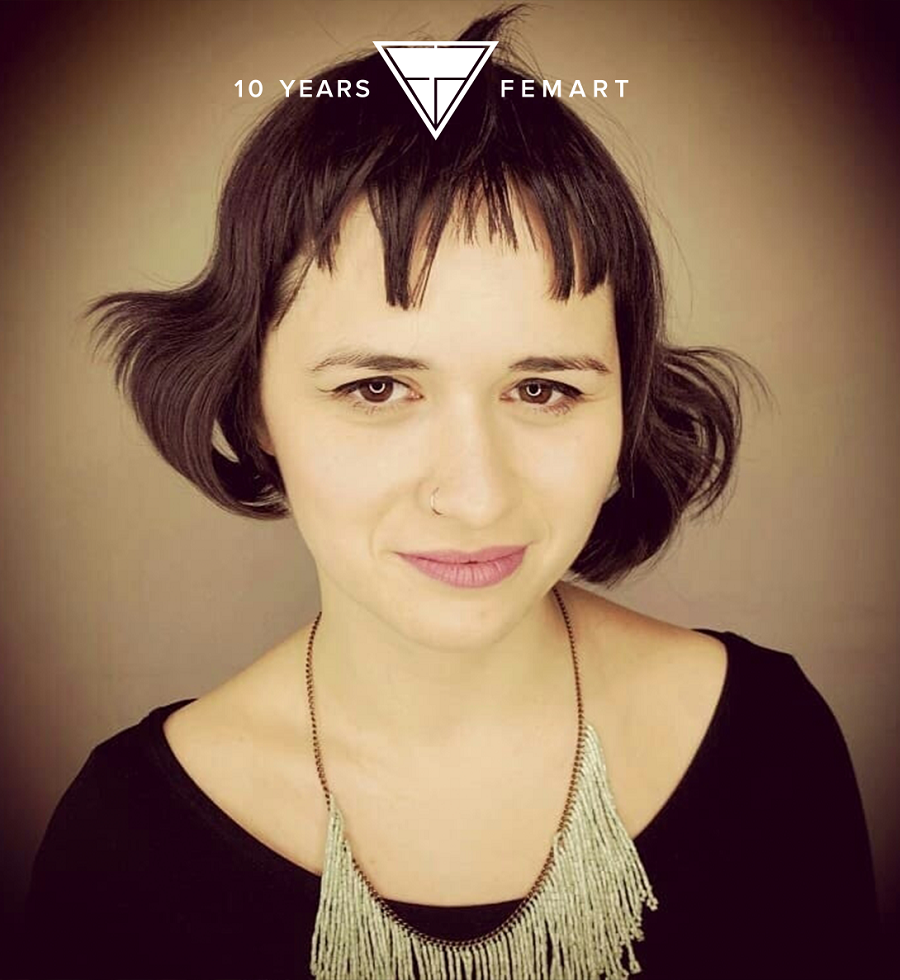 THE EARTH AND A HUMAN STORY

The third day of FemArt 10 brought to us two different activities, connecting in their earthly elements. They both served for reflection of the humans’ role on Earth.

In the very intimate ambience of the Ethnological Museum of Prishtina, the doors closed and the play started. At first sight, a very ordinary, almost boring family with their stories and everyday routines. But then, the routine started slowly unfolding to reveal a deep social trauma. What it is about?

Living in the memories

This is a story about a Kosovar family that cannot accept reality. There is a mother, a father and a daughter who talk about job announcements, and a daughter who wants to go to university. But as the story goes, some disturbing details emerge. The father is not alive. The mother has a construction, an illusion in her mind with which she lives for the past twenty years and she imposed it on her daughter, too. And then the clash starts. The daughter confronts the mother, and in that moment starts the dilemma. The mother is very much aware of the situation, but she has decided to live in memories and her projections. On the other hand, the daughter never saw her father, they never met; it was just the construction of what mother passed to her.

Legacy of the past and of war

Kushtrim Koliqi, the director emphasized that this is an original piece that deals with the legacy of the past and legacy of war with which they wanted to tackle the issue of missing persons. He specified that he did not want to play it in a mainstream place, not on a main theatre stage, but somewhere where there would be no distance between the audience and the actors. He indeed succeeded in his attempt with a very minimalist, intimate, subtle esthetical setting of the Ethnological Museum.

The audience felt discomfort. It was in the air. It touched your soul and all senses. It shook your entire being. The story shocks you, and you wonder: what’s next? The story was painful during the process as well. Even though Koliqi knew what he was entering into, and was fully aware of the weight of this topic, sometimes it was too emotional for everyone and a lot to process.

“I see myself as a strong person, but at some moment I started crying, actors were in shock and we needed to stop, to relax, and then continue.” He concluded by saying that he is somehow happy that people are shocked, surprised, and awakened. They are awoken and open for empathy and compassion.

Choice to live in it

This performance is evidence that these families are closer than we think. The director told us that they have already had a premiere and several reruns of the play and during the entire process they consulted families of missing persons. They even had a special rerun exclusively for them. One man cried and approached him to say that he knows a person who lives like this. There are so many families who are the spitting image of the family from the play. Left in limbo, captured in the past, they take a personal decision to not let go. Time is their enemy because it only prolongs the pain and agony.

There are so many Saras around us

Ilire Vinca, the actress who portrayed mother Sara, pointed out how lucky she was to have this role and to speak about this topic to her audience, to bring all those Saras who live around us. It was a great honor for her to bring them here, like a small contribution acknowledging the pain of these people. She also spoke about how challenging it was to stage it all because even if she is a professional actress, she is still simply a human being with emotions that can submerge you and you have to stop and take a pause. Ilire, however, insisted on how beautiful and magical it is to get in touch with your feelings, to cry and to portray the physicality of pain people carry with them. She reminds us how we all have empathy in ourselves and even if it’s not something that directly touches us, it is still a part of us.

“More than 1600 people are still missing” 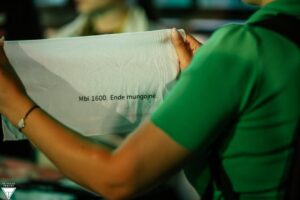 At the very end, the daughter gets to everyone in the audience and distributes a handkerchief saying “More than 1600 people are still missing”. This very touching gesture materializes that pain the families of missing persons carry with them. As if we could see it, because we can touch it not, it is palpable. Many people took these handkerchiefs with them. It will serve as a reminder. A reminder that we should never stop looking for them. A reminder to try to reach out. To be present. To listen. To do everything so that these people can finally channel their grief and have a place to mourn.

The Earth – a story of us

An activity to reflect. Thursday workshop put together some 20 women at the National Theater of Kosovo. Trainers Marie Grovel and Ben Dida gave insights about the danger of climate change, and the role of humans in it. Some discoveries were shocking, when participants realized how destructive human action on the Earth is! There is water pollution, acidification endangering planktons, fish and living organisms, rise of temperatures that can disturb natural cycles and have extreme impacts such as floods and droughts. This workshop raised awareness on how rapidly climate changes, how everything warms up and how rapidly we should react. All the participants joined their forces and eagerly discussed sustainable solutions and ways to act together to slow down devastating human impact on our Mother Nature.

As human beings we have to take care of each other and our planet. It is our responsibility to do more. We can do better. We must do better. For the sake of all!